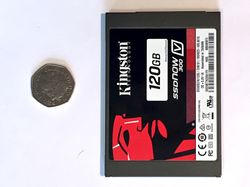 2.5" SATA SSDs are identical in size, shape and in the type of connector to eqivalent hard drives, but they are lighter and usually only 7mm thick, whereas 2.5" hard drives can be up to 15mm for the higher capacities. Therefore you may need to add some kind of packing if upgrading a 2.5" hard drive to an SSD in order to retain it in its bay. 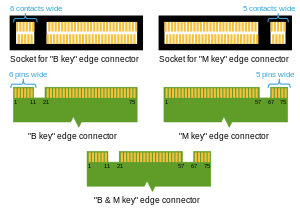 A consequence of all this is that as you create, edit and delete files, more and more blocks of storage will contain some data which is still current and quite a lot which is not (deleted and old versions of files, known as "stale" data). Eventually you would end up with no empty blocks to write new data to even though the SSD might only be half full of current data. To deal with this problem the operating system (Windows, MacOS or Linux) tells the SSD which data is no longer needed through a process known as TRIM. As a background task, the SSD then tries to consolidate the current data into fewer blocks, freeing up blocks which can be erased and made available for reuse. This process is known as garbage collection.

Intermittent freezing can sometimes be caused by a conflict in the way the host SATA controller deals with power management for the SSD. AHCI Link Power Management is a technique where the SATA AHCI controller puts the SATA link to the SSD into a very low power state when there is no activity for a period of time in order to save power (and battery life). The controller automatically puts the link back into active power state when the workload resumes. On some host computers this can cause the SSD to freeze intermittently when returning to a full power state. (Source: SanDisk)