This is a basic "survival guide" to PAT testing, safety testing of electrical equipment in the UK. (Plugs and safety testing will vary greatly in other countries and regions.) This guide concentrates on the topics which are important for a Restart event, and does not cover topics which are more relevant for periodic inspection and testing in a workplace or other situations.

Portable Appliance Testing (PAT) is used to identify electrical faults in mains appliances which can make the appliance unsafe to connect to the mains or to use. In the context of a Restart event, mains operated appliances must be tested both before and after any attempted repair.

It's essential to understand that the automated test requires that you correctly identified the Class of equipment, since if you get this wrong you could pass a faulty appliance with potentially dangerous consequences.

As previously stated, it is essential to correctly identify the Class of an appliance otherwise a faulty appliance could be passed as OK with potentially dangerous consequences.

Do not touch metal parts of an appliance during testing. Though unlikely, it is theoretically possible that you could get an electric shock if the appliance is faulty or the earth lead is not attached securely.

All mains powered appliances should be PAT tested both before and after a repair is attempted.

A faulty appliance must have its mains plug removed and the owner must be informed that it is unsafe unless the fault can be immediately rectified (e.g. by replacing a cracked mains plug). 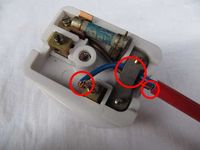 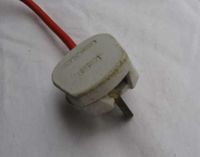 Statistics show that 90% of faults are detected by visual inspections, which will reveal faults that an automated electrical test cannot detect. Therefore, a visual inspection must never be skipped. The only tool you need is a screwdriver.

Work methodically through the following checks:

Before you can perform the Automated Tests, it's necessary to understand the different Classes of appliance, otherwise these tests cannot be performed reliably. But as you'll see, you only need to worry about Class 1 and Class 2.

The mains lead of a Class 1 appliance has 3 wires. In addition to the Live and Neutral (which carry the electric current to the appliance, and return it to the mains outlet), there is an Earth wire, connected to the metal frame. In the event of a fault, this provides a much easier return path for the current than through your body, so greatly reducing the risk of electric shock.

Note that a Class 1 appliance may or may not have any exposed metal parts, but internally will normally have a metal frame.

Class 1 is divided into:

This has exposed metal parts which are connected to the earth wire.

Internal metal parts such as a frame or a motor casing are connected to earth, but the outer casing is plastic (although it might have some isolated metalwork on it such as a rating plate or decorations).

Class 2 appliances just have 2 wires. (That's pretty easy to remember, isn't it?) These are the Live and Neutral. Class 2 appliances have no exposed metal parts which could possibly become live and create an electric shock hazard in the event of a fault. Nevertheless, they may still have exposed metal parts which are doubly insulated from the mains supply.

Class 3 appliances are extra low voltage devices running off batteries or a separate mains power supply (which itself might be Class 1 or Class 2). Since extra low voltages don't constitute an electric shock hazard, no testing is required. 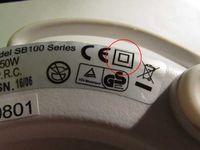 To determine whether an appliance is Class 1 or Class 2, run down the following checklist until you have the answer.

Visual Inspection also applies to extension leads, with the same checks. The cable should be inspected for overheating, which is frequently caused by using an extension lead while coiled up. The sockets require careful inspection for any overheating and any sockets which don't grip plugs well. Test the plug in each socket for a good fit. Sockets on extension leads are usually significantly inferior quality and life when compared with fixed sockets.

Extension leads with 13A plug fuses used in commercial situations (including at Restart Parties) must conform to the following:

It is bad practice to daisy-chain extension leads, and they must never be daisy-chained beyond the lengths above.

The reason for these limits is the increasing resistance of the lead with increased length will reduce the current flowing in the case of a short circuit, and this will cause the fuse to blow too slowly (or even not at all), thereby not protecting adequately against electric shock, and allowing enough energy to be generated to damage the cable and start a fire.

The Restart Project has a BattPAT automatic PAT tester. Here is the manual and a video showing how to use it. This is summarised below. The same instructions should be broadly applicable to other basic models of PAT tester, though computerised testers designed for production use and automatic test result recording may be more complicated.

Never try to determine what Class an appliance is by seeing which test passes. If a test fails and you're not certain that you've selected the right Class, always ask someone more experienced for assistance.